Skip to content
Standard cells are well defined and pre-characterized cells used in ASIC (Application Specific Integrated Circuit) Design flow as basic building blocks. All these cells are equal in height and can easily fit into the standard cell row. Standards cells are highly reusable and save lots of ASIC design time.

All the Standard cells are in equal in height and varying width. Main characteristics of a standard cell have been explained with the help of the following figure. 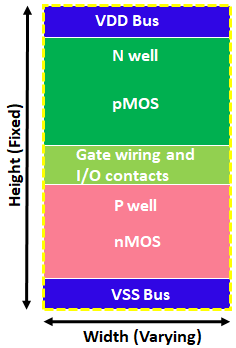 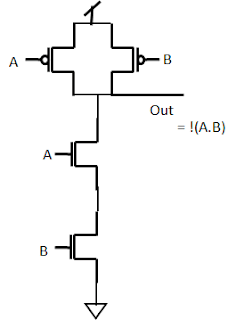 Figure-2: Schematic of a NAND gate 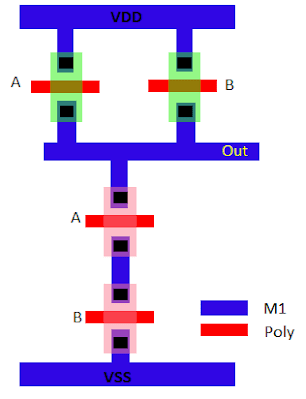 Figure-3: Layout of a NAND gate 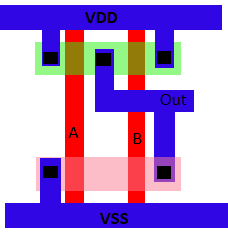 Figure-4: Layout of a NAND gate

Figure-2 is showing the schematic of a NAND gate and figure-3 and figure-4  showing two different layouts of the schematic shown in the figure. In figure 3 both the nMOS are in not the same level, they are stacked but in the layout of figure 4 all nMOS are in one level and all pMOS are at one level. And in figure-3 gates are drawn horizontal and not common in nMOS and pMOS. But in figure-4, all the poly gates are drawn vertical and common to nMOS and pMOS both.

There are many reasons f0r preferring a layout style like in figure-4. Some of them are: 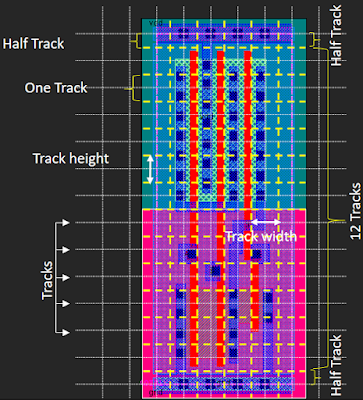 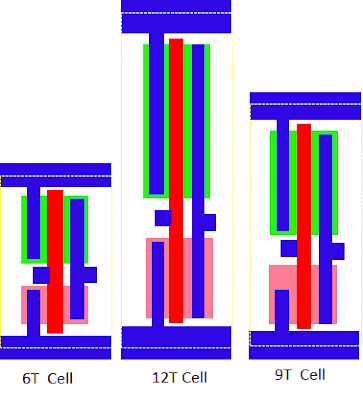 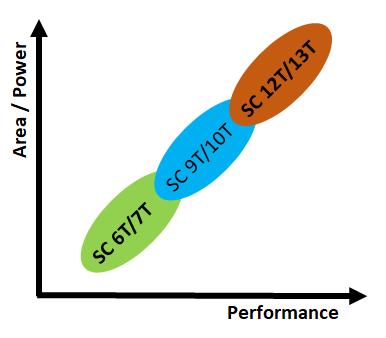 Various applications of these cells are as bellow.