In this post, we will discuss the LEF file used in the ASIC Design. LEF  is a short form of Library Exchange Format. LEF file is written in ASCII format so this file is a human-readable file. A LEF file describing the Library has mainly two parts. 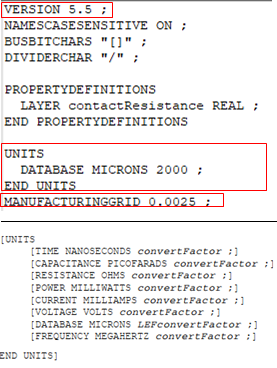 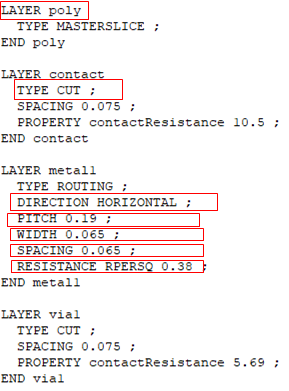 Cell LEF part contains the information related to each cell present in the standard cell library in separate sections. For example here is a snapshot is presented to understand the format in a better way. 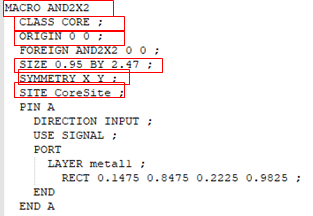 A snapshot of the cell section of the LEF file is presented below. 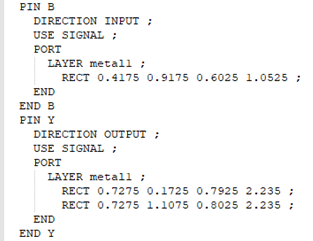 A LEF file is used by the router tool in PnR design to get the location of standard cells pins to route them properly. So it is basically the abstract form of layout of a standard cell.
Thank you.